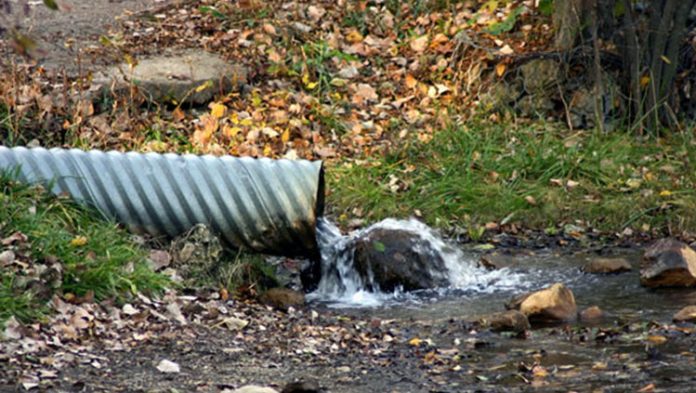 Water, which is the source of life for all living things, is abundant on earth and indispensable for living things. It is a chemical compound that can be described as having no smell or taste. Water, also known as colorless, has a naturally blue color because it absorbs light slightly.

Water, which is found in solid, liquid, and gas form in nature, consists of 2 hydrogens and 1 oxygen atom. It is thought that the beginning of life comes from water. Water, which is the basic building block of life, differs in some aspects from other compounds in nature. They float on water, which is a solid form of ice and a liquid state. Normally, any solid object usually sinks in the water while the ice does not sink. This property of water has some advantages. For example, when a lake’s surface freezes, it acts as an insulator so that the life in the lake can continue. If there is no ice on the surface, the temperature may not be suitable for the lives in the water.

Water also has a completely different structure from the properties of its constituent components. Oxygen burner, hydrogen is a flammable gas, while water, which is a combination of the two, is a substance used to extinguish the fire.

Water consisting of 2 hydrogens and 1 oxygen is considered pure water. The closest example of pure water in nature is rainwater. However, pure water is not potable water, it does not benefit living things. In order for water to be drinkable, it must contain minerals. Rainwater falling on the soil creates potable water by collecting the minerals in the soil.

Although 3/4 of the world is covered with water, not all of these waters are water usable for humans. The substance that forms the basic structure of life is water, and living things need water to survive. Only 0.3% of the water in the world is potable, usable water. Especially with the increasing population, the water that can be used is gradually decreasing. Also, the pollution of usable water will make the water shortage experienced increasingly unsolvable. In other words, pollution of ground and surface waters will cause water shortages. Especially in periods when annual rainfall is low in our country, the problems to be experienced with the pollution of the water will increase.

Water is in a natural cycle in nature. Living things use water in this cycle according to their needs and return it to the cycle. During this cycle, the water is contaminated with various physical-chemical organic wastes mixed into the water in the process. We can look at water pollution under the following headings:

Medicines and chemical fertilizers are used in agriculture.

Since the importance of urbanization and industrialization rate, which are among these reasons, is directly related to the development of a place, its importance is not discussed. However, since the water that is left untreated to the environment from such places directly mixes with underground waters or mixes with rivers, it has a great impact on water pollution. It is known that solid and liquid wastes of large industrial establishments, especially in big cities, are very harmful to the environment. With the development of industry, migration from rural areas to big cities has increased, so there are irregular settlements in cities, which has caused excessive use of spring water and the release of wastewater to uncontrolled nature. In addition, chemical fertilizers and drugs used unconsciously in agriculture cause contamination of the soil and then the mixing of these harmful substances with rainwater into groundwater.

One of the most important factors causing water pollution is a domestic waste. Mixing of detergent residues used in homes with natural waters is also one of the main causes of water pollution. Especially in the big cities located by the lake rivers, the wastewater of the settlements pollutes these waters a lot.

Water polluted due to these factors will inevitably have negative effects on humans, animals, the environment, and plants over time. Pollution of water, which is the most basic need of life, endangers the lives of all living things but also harms the country’s economy. Water pollution, which has many negative effects, has become unavoidable due to rapid population growth. Considering that contaminated groundwater is the water used to meet the needs of people, the possibility of many diseases occurring in these waters will be very high. Polluted waters threaten human and animal health and do not allow the life of plants. The water used without purification leads to the provision of suitable conditions for the development and transportation of epidemic diseases. Therefore, the mains water must also be drained.

Water pollution also adversely affects the country’s economy. As the water pollution increases, the facilities to be used to purify the water should also increase. This causes various costs in economic terms. In addition, since the pollution of the water endangers the life of aquatic creatures, it causes the extinction of these creatures and the decrease of fishery products.

For all these reasons, the wastewater given to nature after use should not be given as dirty and should be treated. Treating used, contaminated wastewater to nature will significantly reduce water pollution. In addition, it is possible to minimize water pollution by taking preventive measures. It should be known whether the ingredients of detergents used in homes are suitable for nature, and products with harmless content should be preferred. Wastes discharged from various industrial establishments must be treated according to standards. The wastes from the factory should be prevented from entering the water directly. The surroundings of water resources should be kept clean. People should be made aware of, and deterrent measures should be taken for those who cause water pollution. One of the most effective solutions is that wastewater is collected in one place and treated in wastewater facilities and then released to nature.

Damla Treatment and Environmental Technologies aims to fulfill its projects, consultancy, and solution proposals regarding environmental investments in the protection of natural resources and transferring them to future generations in the best way in the future as in the past.